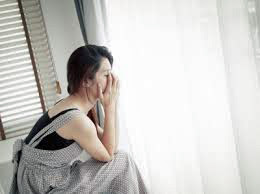 If you find yourself unhappy more of the time than you’d like, the culprit might be old emotions you haven’t resolved.  If you want more happiness, it’s important to let go of old emotions. These can be regrets, disappointment, or anger.  Any negative emotion that continues to roll around in your mind, over and over again isn’t healthy for your well-being.

Sometimes you’re not even aware to the extent you’ve been holding on to these old hurts.  You might have decided to just “move one” from a hurtful exchange or experience without completely processing the hurt or disappointment you suffered.  This is usually the typical way of dealing with pain.  We’re told to “get over it”, “man up”, or “stop whining“.  But when something hurts us deeply, it isn’t always easy to just let it go.  Yes, we might move on in our life, but the hurt is still stored in our body and our cells.

Any unresolved emotion stays in our body until we’re able to process it.  These emotions can eat  away at our peace of mind even causing depression.  They’ve also been shown to impact our health negatively.  All great reasons to explore any emotions we might be holding on to.
So, if  you aren’t sure if you’ve completely let go of a past incident, or the accompanying emotions, you might want to explore them further.  But, how do you identify them?  One way is to write about it.   Sit down and compose a letter or email to the person, telling them how you felt.  Or you could write an email to a friend you’d consider telling this to.  You don’t need to send the email, but compose it as if you were going to.  Just writing about it can help bring up any emotions you’re still storing. 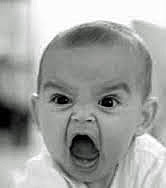 As you write, see if any emotions do come up.  If so, take note of them.  You can write them down on a separate piece of paper to work with later. A second way would be to talk to a friend about what happened. As the emotions surface, again, take note of them so they can be resolved.
Another way to process past hurts or emotions, is to use EFT, the Emotional Freedom Technique, or Faster EFT.  Both methods go right to the core of the problem and help dismantle and dissolve them. To use EFT, you identify the issue and then you talk through the emotions as you tapt. Any remaining emotions generally pop up, even ones you weren’t aware of. You might already know what some of them are, but didn’t realize they still feel as intense as they do  This means they’re still active and need to be dealt with.  Any time negative emotions are felt, EFT is an excellent way to lower their intensity and get rid of them completely.

Sign up to receive a free EFT Tapping Chart with directions

Below I’ve given some examples for using standard EFT tapping for releasing old emotions.  This is a general overview. The most success is achieved by being specific to your circumstances. The more specific, the better the result.
Beginning with the setup phrase, – which states the problem, tap on the karate point  while saying

the following phrases:
Even though I have these unresolved feelings about …… (insert a name or event), I know my feelings are valid.Even though I was hurt over this incident, I accept myself and have decided it’s time to let these emotions goEven though I suffered from this, I honor my feelings and I’m letting them go for my own good.
Now for the tapping rounds.  Tap on each point below while saying the accompanying phrases:
Eyebrow: All of this hurt and these unresolved feelings
Side of the eye: I’d like to let them go
Under the eye: I’m not sure I can, or that I want to
Under the nose:  I know these emotions aren’t good for me. Maybe it’s time I considered letting them go
Collarbone:  All these remaining feelings. It’s time to let them go
Under the arm:  I’m letting them go because my happiness and health are worth it
Liver point:  All these emotions. They’re moving out of my body now
Top of the head: All these old emotions. I’m letting them go and that feels right.
If you feel resistance as you tap, you can do another round with phrases such as, “I really don’t want to let them go. I was hurt very badly. I was disappointed and I don’t want to let them go.  But a part of me knows I’m better off getting rid of them.  Maybe I can let them go a little at a time.  Maybe I can let them move out gently .”
After doing these rounds, you should feel some relief.  If you do find extreme resistance, it might be something you’d want to work on with an EFT professional.  Many times it’s easier for an outsider to help sort out and resolve challenging emotions, Especially if they’ve been there for awhile.
Once you’ve felt some relief, it’s time to go to the next round:
Eyebrow: Now that I’m feeling some relief, I choose to let all of these feelings go completely
Side of eye: It’s time to let them all go and I choose to do that now.  I’m letting all of these old, unneeded emotions go and that feels great.
Under eye: All of these emotions.  I’m grateful I discovered them and that they’ve moving out.
Under nose: Any remaining emotions – they’re moving out now.
Collarbone:  I now choose to allow happiness into my body
Under arm: I’m letting in happiness and contentment
Liver point: I choose to feel relief and happiness and I allow those feelings to build within me
Top of head: These feelings of happiness.They’re building in me now and that feels right.

By adding in a round of gratitude and positive emotions, it helps to bring in patterns of happiness and contentment.  Once you practice these patterns of allowing in happiness, it’s easier to experience them. You’ll find yourself noticing them more and more.


It’s normal to feel emotions. The idea here is to experience them, process them, and then let them go so you can move forward in your life with ease and happiness. 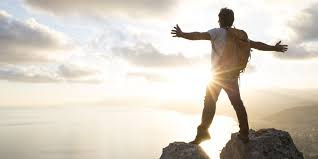 To identify and release any blocks you have to finding happiness, book a complimentary call.  We can discuss your goals.  You can ask any questions you have and we’ll see if we’re a mutual fit.