Emotional Freedom Technique.  What is it and how is it done? 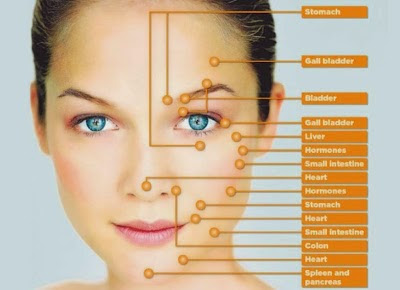 EFT, or the Emotional Freedom Technique is a way to lower the intensity of any emotion or past trauma.  As Emotional Freedom Technique, or EFT gains more popularity due to it’s great success in many different areas, more and more people are hearing about it and using it.  From being able to alleviate, or completely eliminate all sorts of complaints. to weight loss, and even reducing physical pain, EFT is giving relief to many people.   EFT is changing people’s lives.  Anything from fears, traumas, and even weight loss and abundance.. It’s been been shown to help with just about anything you try it on. And the best part is it’s simple and works with ease.

There are two ways in which the Emotional Freedom Technique helps.

What I’ve seen in my practice, is that once a person’s awareness or reaction to something changes, it changes how they respond.  The change is usually immediate and can also trickle in over the next few days.  Whereas in the past they might react in a certain way, they now have the confidence and awareness to respond in a positive way that supports them.   If someone has a low self-worth, once they’ve worked with the Emotional Freedom Technique and changed the beliefs they had about themselves, they suddenly are no longer willing to accept poor treatment from others. They value themselves in a way where they speak up when something isn’t fair or doesn’t feel right. Even the actions in life they take are from a place of self-confidence.

The other effect the Emotional Freedom Technique has, is when someone changes their awareness or beliefs, they have a different way of being, a different vibe about them.   If you’re familiar with the theory that  “Like attracts Like”, in the world of manifestation, then you know emotions have been said to have vibrations. How we vibrate around a certain issue, whether it’s lack of money, fear of water,  or low self worth, can determine what we’re attracting to ourselves.  When we change our vibration, it changes what comes into our life.

On a practical note, what we expect to happen, usually does because we’re actually programmed by our beliefs to accept something that perhaps another person wouldn’t. Because of past programming, we’re more open to letting in difficult situations.  We aren’t as apt to notice or deal with a negative situation as it’s forming.

When you rid yourself of limiting beliefs with the help of EFT, you’re  suddenly more aware of new possibilities. You’re no longer closing them out due to  filters created by your  past experiences.   If you have the belief, “I have to work hard to make money“, then you close yourself down to the possibility of thinking outside the box – or coming up with new, easier ways to make money.  Or you might pass up a job that looks “too easy” thinking it won’t be something worthwhile.  If it’s in a field that you actually love doing, that would be much easier than doing something you didn’t like, there can be a tendency to dismiss it because it isn’t “hard to do“.  Doing something you love can take effort, but if you love it, it doesn’t feel like work.

What Exactly is the Emotional Freedom Technique?

So, what is the Emotional Freedom Technique?  It’s a form of acupressure based on the same energy meridians used in traditional acupuncture which are used to treat physical and emotional ailments – only without needles.  It helps to clear any blocks from the body’s ‘electrical ‘system. The technique was developed by Gary Craig and has evolved into other uses and techniques that originally weren’t used.  People are now using it to:

As more and more people use it successfully, the awareness of just how many things it can help is emerging.

According to PubMed, a scientific study examined the changes in cortisol and psychological distress symptoms of 83 subjects who received a single, hour long intervention.  The subjects were randomly placed in one of 3 groups.  A group receiving EFT.  Another group receiving typical psychotherapy work, and a 3rd group receiving no treatment.

It’s simple to do

Simple tapping with the fingertips is used on specific meridians on the head, face, and chest while you think or talk about a specific problem.  These include, but aren’t limited to addictions, traumatic events, phobias and fears, even weight loss.  Each acupuncture point is linked to certain organs and emotions within the body.  It works to clear the “short circuit” from your body’s energy system, thereby restoring your mind and body’s balance.  But it does much more.  It quickly accesses the subconscious mind where our memories, thoughts and beliefs are stored.  When faced with any situation, the programming or beliefs of the subconscious mind always wins out over the conscious mind.  This is why traditional talk therapy many times doesn’t work to change a person’s emotional state around a certain issue. 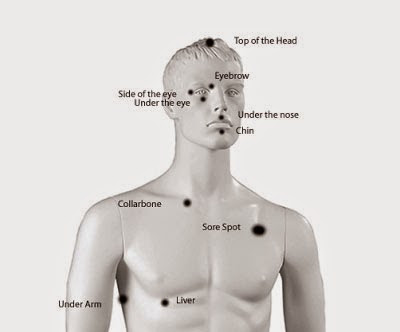 Sometimes some people are wary of the principles that the Emotional Freedom Technique is based on.  The electromagnetic energy that flows through the body and regulates our health has only recently become recognized in the Western World.  Keep in mind that an EKG measures exactly this in the heart – the energetic electrical pulses of the heart.

Over my years in practice, I’ve witnessed miraculous shifts in people through EFT.  To see someone walk out of my office in complete relaxation and peace of mind, compared to how they initially walked in, is truly wonderful to see.

The basics to learning EFT are learning the tapping locations and technique, as well as what to say during the rounds.  Many problems have been dealt with, successfully, by applying EFT.  The more specific you can be about an issue you’re working on, the more success you’ll have – and in a shorter amount of time.  The key to being successful with EFT, is to be precise with what the problem is.  The more precise you can be, the more success you’ll have.  Because of this, oftentimes, it’s better to work with an EFT practitioner.  This is especially true if you’re not getting the results you want, or your issues are around a traumatic event. Keep in mind that if you’re working on an issue that is deep-seated, or something that was ongoing for an extended period of time, there will be layers to it.  This needs to be dealt with gently, and usually over several sessions.

The basic EFT tapping sequence is straightforward and generally takes people only a few minutes to learn. My clients have the advantage of being shown the tapping points in person, but you should be able to pick up these points relatively quickly. With just a little practice, you should feel comfortable performing each round in a minute or so.

NOTE: While it’s important to tap the correct area, you don’t need to worry about being absolutely precise. Since you’ll be using several fingertips at once to tap, you’ll be covering the general area. What’s more important is being able to identify the exact issue or problem. The more precise you can be about it, the better your results.

Traditional EFT tapping has you tap with the fingertips of only one hand, but you can tap with either hand, both hands at the same time, or switch back and forth between hands. It’s what feels right for you. I find that with particularly old or deep issues, I prefer tapping with both hands or at least switching back and forth so both sides of the body points are activated.  By switching to different hands, you’re activating each side of the brain.

If you wear glasses or a watch, it’s helpful to remove them prior to tapping.

How to do EFT Tapping – the sequence

This is a brief explanation of how the process is done.

The easiest way to learn EFT is by working with a professional, but there are also some excellent resources at: EFT_Universe.com

Other uses for the Emotional Freedom Technique – especially in public

If you find yourself in a stressful situation, even one in public, you can use EFT to lower your level of anxiety or emotional response. If you’re in public, merely rub the collarbone point or you can put your hands behind your back and rub the Karate chop while thinking phrases to yourself that you would normally say out loud. For EFT to work, it’s not necessary to always be tapping – rubbing works just as well.

Another way to access the Emotional Freedom Technique, is to the used the simplified method of EFT, developed by Steven Welles, EFT master from Australia.

You would do the same set-up phrases and then proceed to tap on the finger points shown below: These access EFT points through the fingers and can be used during the day even when you’re driving.

Try the Emotional Freedom Technique on anything.  The uses are limitless.  Some of the things people have used EFT for, and been successful with are:

This list goes on.  It’s been said, “Try EFT on anything”.  If you’re finding it challenging to tap on your own, you might want to work with a professional until you have the process down.
For a free downloadable EFT Mini Manual that explains the process in depth and takes you through several tapping exercises click here.
Best of luck and happy tapping!
If you’re ready to take your life to the next level, book a complimentary call to see if I can be of service.  You can ask any questions you have and we’ll determine if we’re a mutual fit.

To receive notifications of events, discounts, and future blogs, sign up below